March 2022 |
Treasures of the Fan Museum

Treasures of the Fan Museum 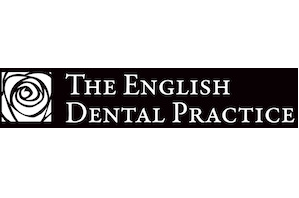 Occupying a pair of early Georgian townhouses nestled in historic Greenwich, the story of how The Fan Museum came to fruition dovetails into the multifaceted history of the handheld fan. From an especially rare Elizabethan-period embroidered folding fan to contemporary examples decorated by street artists, discover some of the key objects within the Museum’s extraordinary collections which encompass more than 5,000 fans and related objects dating from the eleventh century to the present day and gathered from most parts of the world.

Jacob Moss, having successfully completed a BA (hons) in Fashion at Reading School of Art,  took up a position as an assistant for womenswear designer Donald Campbell. In 2010 he returned to education and obtained a postgraduate degree (Distinction) in Fashion Curation from London College of Fashion. Shortly thereafter Jacob joined The Fan Museum, the UK’s only Museum dedicated to the history of fans and craft of fan making.

As the Museum’s Curator, he is responsible for co-organising its temporary exhibition programme and overseeing loans from the Museum’s extraordinary collections to organisations such as the Palace of Versailles and Metropolitan Museum of Art. In 2017 he curated ‘Street Fans’, a pioneering project linking street art and fan making which drew record audiences to The Fan Museum. Looking forward to 2021, the year in which The Fan Museum celebrates its thirtieth anniversary, Jacob will curate a special exhibition of fans at SCAD FASH Museum of Fashion and Film, Atlanta, Georgia.