For the series Downton Abbey, Andrew was commissioned to produce many jewels for the main characters, and this inspired him to create a talk based on Downton and the changing styles of the time portrayed. Jewellery and Fashion are often seen as two entirely separate and distinct fields of design, but this is very far from the case. In his talk Andrew guides you through the extraordinary periods and events between 1890 and 1929, where the great fashion houses collaborated with the finest of jewellers to produce works of art of outstanding quality and glittering opulence. Along with this he discusses the clients and patrons who commissioned the jewels and how they were worn with the sumptuous gowns. To accompany his study day, he brings with him many of the pieces used in Downton, so the audience can see what was worn, close up. 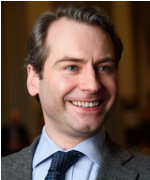 Andrew Prince was taken by his mother, at the age of nine, to the Princely Magnificence exhibition at the V&A, exhibiting Renaissance jewels dating from 1500 to 1630. It proved a revelation. Dazzled by the splendour and opulence of the jewels on show, Andrew decided then and there that creating jewellery was what he wanted to devote his life to. He has created pieces for celebrities such as Michael Jackson and Shirley Bassey. In 2005 he was asked to make tiaras and jewellery for Mrs. Henderson Presents, starring Judy Dench, in 2009 pieces were commissioned for The Young Victoria starring Emily Blunt and in 2012 he was chosen by the creators of Downton Abbey to supply a large collection of jewellery for the third series. The characters played by Maggie Smith, Shirley Maclaine, Elizabeth McGovern and Michelle Dockery were all adorned with elegant tiaras, combs, earrings and necklaces designed and created by Andrew Prince.