The Art of the Magical Cave Churches of Cappadocia in Turkey

The lunar landscape of this extraordinary region situated in the heartland of Anatolia boasts some wonderful examples of early Byzantine art. An important centre for Christianity in the 11th to 13th centuries, the churches and monasteries were cut directly into the volcanic rock. However the simple almost pre-historic exteriors give no indication of the extraordinary art that lies within. Some of the most talented artists from Constantinople were commissioned to decorate the interiors of the Cappadocian Churches, leaving us with some of the finest surviving examples of medieval Byzantine frescos. 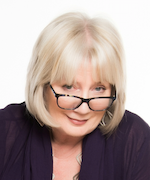 Geri Parlby is a former Fleet Street journalist and film publicist. She has a first class honours degree in History and Theology, a Masters in History of Art from the Courtauld Institute and a Theology doctorate from Roehampton University in London. She has been lecturing for the past eleven years both in the UK and internationally. She is also principal lecturer on the The Arts Society South West Area’s History of Art course and is an Honorary Research Fellow at Roehampton University.